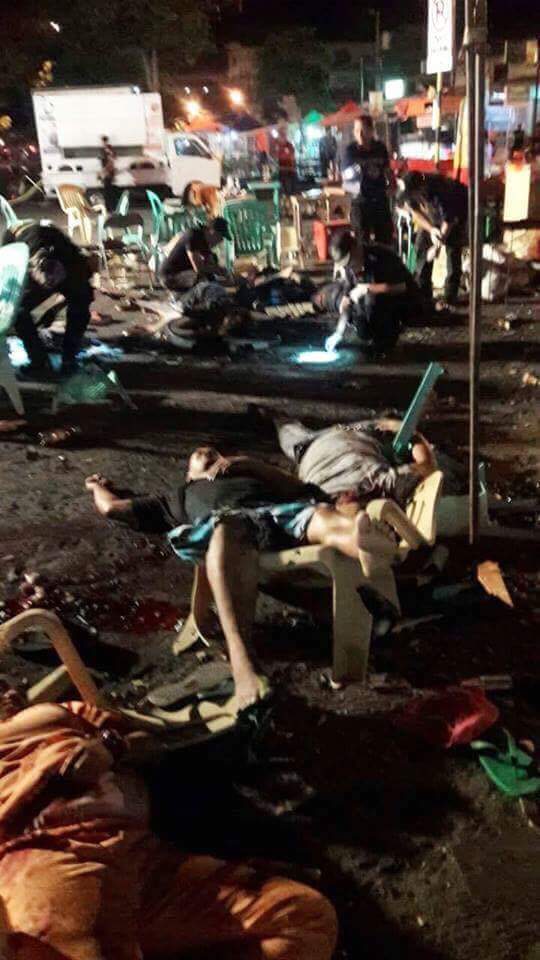 Firetrucks and ambulances were on the scene to attend to the injured, although they still could not give details about the explosion and the number of those wounded.

Palace spokesman Ernie Abella told CNN Philippines that at least 10 were killed, and at least 60 were injured.

The Davao City Police Office still has not given any statement or details on the reported explosion.

But witnesses said they heard one loud bang before 11 p.m. followed by smoke. They said the blast came from a massage area in the middle of the street. Many of the weekend shoppers were left bloodied and scurrying around — in shock over the blast.

Vice Mayor Paolo Duterte said initial reports coming to him said the blast was caused by an LPG tank, although he said this still needed to be confirmed.

Meanwhile, the wounded were carried on stretchers and brought to a nearby hospital. Around 24 wounded were taken to the Southern Philippines Medical Center (SPMC).

In another interview with CNN Philippines, PNP Region 11 Director Chief Supt. Michael Gaerlan said two more died at the SPMC, aside from the 10 who were killed on the spot.

Gaerlan also called on the public to refrain from passing on misleading or unverified reports to avoid creating more confusion and panic.

The Roxas Avenue is a night market venue with ukay-ukay (thrift shop) and food vendors.