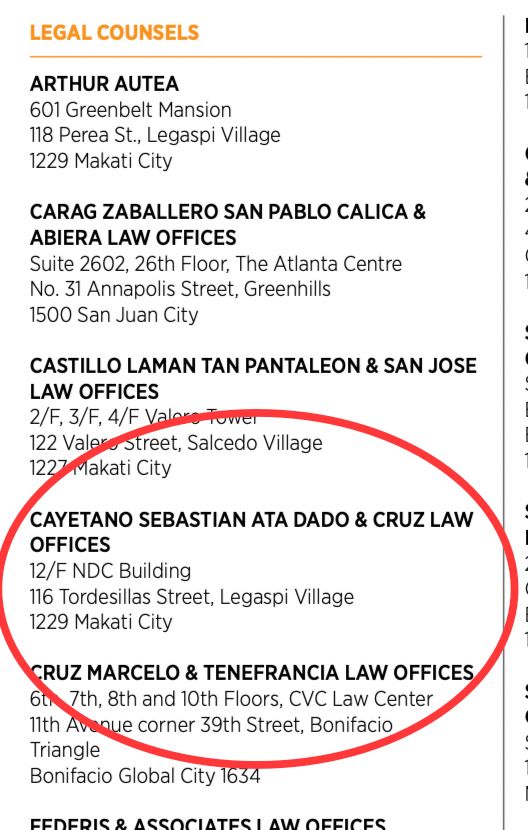 MANILA, Philippines — To pave the way for possible amendments, the leadership of the House of Representatives recalled yesterday the approval it gave on second reading to the bill granting ABS-CBN a provisional franchise.

The House was supposed to transmit the bill to the Senate, the committee on public services of which has already scheduled a hearing on the franchise renewal bills today.

But House Deputy Majority Leader Wilter Wee Palma II moved in Monday’s virtual session to reconsider instead last week’s plenary approval of House Bill 6732 (An Act Granting the ABS-CBN Broadcasting Corp. a Franchise) that will be valid until Oct. 31 this year.

“Due to the request of our members who wish to make some interpellations and possible amendments on the bill, let me make this of record that, at any time, the House can approve this bill, HB 6732 on third reading. But because of the insistence of our colleagues to interpellate further on the matter, I move that we reconsider the approval on second reading of HB 6732,” the Zamboanga-Sibugay congressman said. Deputy Speaker LRay Villafuerte, who is among the bill’s proponents, said the main reason for the recall is the proposal to give ABS-CBN a 25-year franchise, instead of just a few months.

Rep. Eric Go Yap of party-list ACT-CIS, chairman of the House committee on appropriations, manifested that it would be “better” if lawmakers deliberate on giving the Lopez-owned TV giant a longer period to operate.

“Let’s debate whether we will or we will not give them a 25-year legislative franchise. Let us be more categorical – are we going to give them 25 more years or not?” the neophyte lawmaker declared on the floor.

Having elicited no objection in the plenary’s virtual session via Zoom app, Palma’s motion was “adopted” by the House leadership through Deputy Speaker Raneo Abu of Batangas, the presiding officer yesterday.

Villafuerte explained that the second reading approval would have to be recalled to give way to more interpellations and amendments.

“It has always been our position that we have to hear this and let’s decide on this freely and objectively. We want this to be more comprehensive. Yes, it is a five-month extension (bill) but we are also open to other amendments. In due time, we can also take up the 25-year franchise. We’re open to that,” he said.

House Minority Leader Bienvenido Abante (Manila) supported the recall, saying it was “a step in the right direction.”

“If the (ABS-CBN) franchise is passed – and I believe it will – it is my humble request that their programs be more family-oriented so that there will be no more questions about morality and degrading behavior. We need partners in providing public information. ABS-CBN has the track record and the widest reach,” Abante said.

Yesterday, the giant network reiterated its appeal to the Supreme Court to stop the implementation of the cease and desist order (CDO) that the National Telecommunications Commission (NTC) issued against them.

“ABS-CBN seeks to invalidate the CDO on the ground, among others, that it was issued in contravention of the intent and desire of Congress to allow the continued broadcasting operation of the company pending the renewal of its franchise. This Honorable Court may take judicial notice of the following recent events which highlight the intent and desire of Congress for ABS-CBN to be on air during the pendency of the renewal of its legislative franchise,” it said.

It noted that HB 6732, which seeks to grant the media network a franchise to construct, install, operate and maintain television and radio broadcasting stations in the country until Oct. 31, is being considered at the House of Representatives.

The Senate committee on public services, which will be headed by Sen. Sherwin Gatchalian today, will hear the bills seeking to renew the ABS-CBN franchise.

Senate President Vicente Sotto III earlier said the chamber would have to wait until the House transmits what it passed last week.

ABS-CBN lamented that it continues to lose about P30 million to P35 million a day from advertising revenues, every day that it is off the air.

“If this severe financial hemorrhage is not stopped, ABS-CBN may be constrained to eventually let go of workers, reduce salaries and benefits, and substantially cut down on costs and expenses,” it added.

Aside from seeking the SC’s help, ABS-CBN also asked the NTC not to recall its assigned frequencies. Paolo Romero, Evelyn Macairan, Richmond Mercurio

MANILA, Philippines — The House of Representatives Monday recalled its approval on second reading of a bill granting ABS-CBN a provisional franchise to operate until October 31, 2020 “unless sooner revoked or canceled,” effectively reopening the bill to amendments and debate.

“Due to request of our members who wish to make some interpellations and possible amendments on the bill—let me make this of record that, at any time, the House can approve this bill, House Bill No. 6732 on third reading. But because of the insistence of our colleagues to interpellate further on the matter, I move that we reconsider approval on second reading of House Bill No. 6732,” Rep. Sharky Palma (Zamboanga Sibugay, 1st District) said in his motion.

Speaker Alan Peter Cayetano previously said that the House was aiming to pass his bill that would grant ABS-CBN a provisional franchise on third and final reading.

House members said that the purpose of the provisional franchise is to give Congress time to deliberate.

Rep. Luis Raymund Villafuerte, Jr (Camarines Sur, 2nd District) said: “The reason we are reverting back is what we want to do in this Congress is be relevant, responsible, transparent and open. Due process and fairness is the main reason. All amendments are free to be heard and will be heard at this point in time. Approving them is for the body to decide.”

“[National Telecommunications Commission] did not do its job. In this crisis, the government needs all the help it can get in reaching the millions of Filipinos. And ABS-CBN has a proven track record. We need to do everything in our power to prevent job losses. Extending its franchise ensures employment for 11,000 of our countrymen,” House Minority Leader Bienvenido Abante (Manila, 6th District) said for his part.

Cayetano defended the public service time provision requiring ABS-CBN to allot 10% of its paid advertisement airtime to the government, going as far as saying that all franchises should have a similar provision and calling it an “equalizer provision [that would] be easier and more pragmatic for the government” to reach its audiences.

He also argued that the provision would do little to affect the broadcast giant’s income and stock market prices.

“I’m hoping whatever our provision is, I am not making a stand at this point in time. I am for a hearing, let’s listen to the allegations against them first,” he said.

“I was told it was there in the old franchises. If we do decide to give ABS[-CBN] a franchise for months or years, that should be there so management can work with the government to come up with implementing rules and guidelines,” he added.

Citing more than five other broadcast franchises without such provisions, Rep. Rufus Rodriguez (Cagayan de Oro, 2nd District) held issue with the provision’s constitutionality for being unequal in its enforcement of the law as it would result in other networks not having that obligation.

He said that it would be much more practical to pass a general law for broadcasters instead of including it in every franchise.

“It will be questionable. The previous franchises, there were no questions. We see there will really be unequal protection of the law. Other franchises are not required to give the 10-percent public service,” he said.

Allegations including contractual obligations, violations of labor laws, foreign ownership, among others, were brought up once more at the hearing.

Villafuerte highlighted that allegations against ABS-CBN will be comprehensively heard at the proper time during their respective committee deliberations.

A number of these issues had been addressed at a Senate hearing but not at the House of Representatives.

Rep. Eric Yap (ACT-CIS party-list) also said that the argument for the full 25-year franchise should be heard along with the alleged violations instead of the five-month provisional franchise pushed by Cayetano.

For her part, Rep. Sol Aragones (Laguna, 3rd District) , a former ABS-CBN journalist, said that besides having 11,000 in its employ, ABS-CBN is a source of information and inspiration for countless Filipinos.

Cayetano has in the past expressed having personal grievances against the network and historically voted in favor of the president’s decisions. — Franco Luna

MANILA—Congressmen on Monday suspended deliberations on a bill granting a provisional franchise to ABS-CBN, raising fears it may take longer before the broadcast network can return to free TV and radio.

Bulacan Rep. Jose Antonio Sy-Alvarado asked his colleagues to first tackle House Bill No. 6732 at the committee on legislative franchise, a move which could delay efforts to reopen the network, which was shut down on May 5.

Monday’s session was widely expected to pass the bill on second reading, a perceived formality since the chamber had already approved the proposal at this stage last week.

But because the bill was passed on first and second reading on the same day, some congressmen sought to “recall” it for debates and individual amendments to avoid legal questions. The constitution requires approval on “separate days.”

The session gave some legislators an opening to bring up old accusations that ABS-CBN had violated its previous franchise, including laws on labor and foreign ownership in mass media.

Sy-Alvarado said referring the bill back to the committee level would allow “equal and comprehensive” discussions on the issues against ABS-CBN.

But this could also delay the reopening of the network.

Some congressmen were pushing for deliberations on a new 25-year franchise instead of a temporary one, which would last only until Oct. 31 this year.

Such issues had been tackled at length during a Senate inquiry last Feb. 24, during which network executives insisted it violated no laws.

ABS-CBN said on Monday that the Securities and Exchange Commission, the National Telecommunications Commission, and the Bureau of Internal Revenue all testified that the network “had no violations as it relates to their specific agency,” and Labor Secretary Silvestre Bello has said in an interview that the company was “fully compliant of labor standards.”

Yap said he had been approached by a number of people complaining about alleged labor violations by the network.

Agusan del Norte Rep. Lawrence Fortun sought clarification from his colleagues on whether they were deliberating on a new ABS-CBN franchise or were renewing its old one, which expired on May 4.

“What protection does ABS-CBN have from the possibility of its current frequency from being assigned to another network in the meantime that the franchise bills… are still being heard?” he said.

“Yun lang ang kinakabahala ko because the NTC, at this point, as far as we are concerned, cannot really be trusted.”

House leaders have criticized the National Telecommunications Commission for ordering the shutdown of ABS-CBN despite appeals from both chambers of Congress to keep it on the air while the franchise application was under deliberation.

But the lower chamber was also accused of sitting on the renewal bills after President Rodrigo Duterte threatened to block a new ABS-CBN franchise.