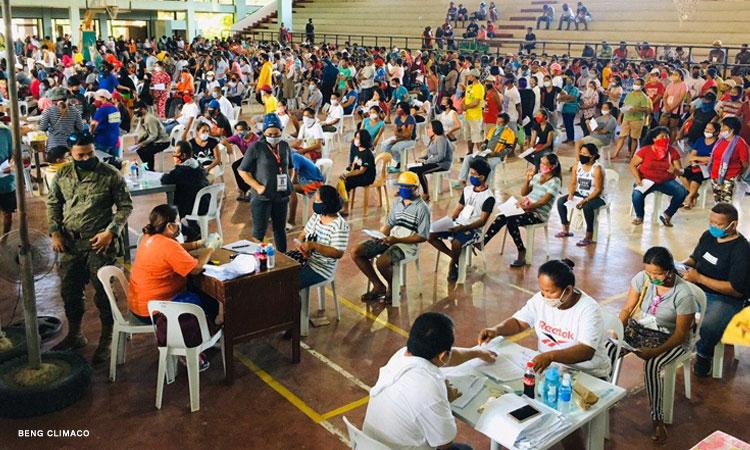 Metro Manila (CNN Philippines, May 2) – The Department of Interior and Local Government announced on Saturday they will add five million families in the government’s cash subsidy program for those affected by the COVID-19 crisis.

DILG Undersecretary Jonathan Malaya said they are still awaiting for the guidelines from the Department of Social Welfare and Development for the formal implementation of the cash aid distribution to the additional five million families.

Malaya also clarified the additional five million families are apart from the 18 million families who are qualified as beneficiaries of the social amelioration program, which grants ₱5,000 to ₱8,000 for each family belonging to the vulnerable sector.

He added that local government units now have additional funds to prioritize the families who are left out by the COVID-19 emergency aid program because of the ₱30.824 billion Bayanihan Grant, the national funds realigned by the Department of Budget and Management from the Department of Public Works and Highways’ budget on infrastructure projects.

Provincial governments in the country were also given additional funds by the DILG through the ₱6.197 billion Bayanihan Grant to Provinces, which is equivalent to half a month of the Internal Revenue Allotment share of 81 provinces nationwide for the current fiscal year.

[Translation: In the meantime, we are appealing to the local government units to prioritize the left out families in the food packs they are distributing.]

Roque also apologized to qualified beneficiaries who did not receive their COVID-19 cash aid and eligible families who were left out in the cash subsidy program.

[Translation: This is also a way to apologize to the recipients because the release of the first tranche has been delayed until now.]

The DSWD has started to post the list of social amelioration program beneficiaries on the website of their field offices. The Cordillera Administrative Region and Region 7 field offices have already posted online the initial list of beneficiaries in their regions.

Malaya noted that 11 million out of the 18 million families have received their emergency subsidy from the government as of yesterday.

[Translation: The DILG is encouraging all our local government units to take this seriously and continue to distribute the cash aid. Secretary Eduardo Año and (DSWD) Secretary Ronnie Bautista will not give extension to the distribution. You are given up to May 7 to finish the distribution.]

Malaya warned LGU officials who divide the cash aid to distribute to other families, with reports reaching the agency that some barangay captains are splitting up cash subsidies in order to distribute smaller amounts of cash to more families.

[Translation: They can be suspended or jailed if they really did that.]

The Interior Undersecretary encouraged citizens to report the illegal cash distribution acts of barangay officials to the department’s local and regional offices.