With a feeling of righteous indignation, the deposed DRUG CZAR came out fighting, pointing to the Palace as the cause of her removal from office in the government anti-drug campaign. Should she run for President in 2022 as would be her natural course of action since she now leads the tattered political opposition, that speech will be remembered as her first salvo. It would be an uphill battle since the Duterte Administration, now on its fourth year in power, still maintains high popularity ratings but she laid out the primary focus of her presumed Presidential run strategy – to put the Duterte Administration on the ropes for its conduct of the War on Drugs. In the final 2022 analysis, it would be the Filipino electorate who would decide what version or narrative of the drug war to believe and with it the next President of the Philippines.

Robredo to Duterte: What are you scared of? 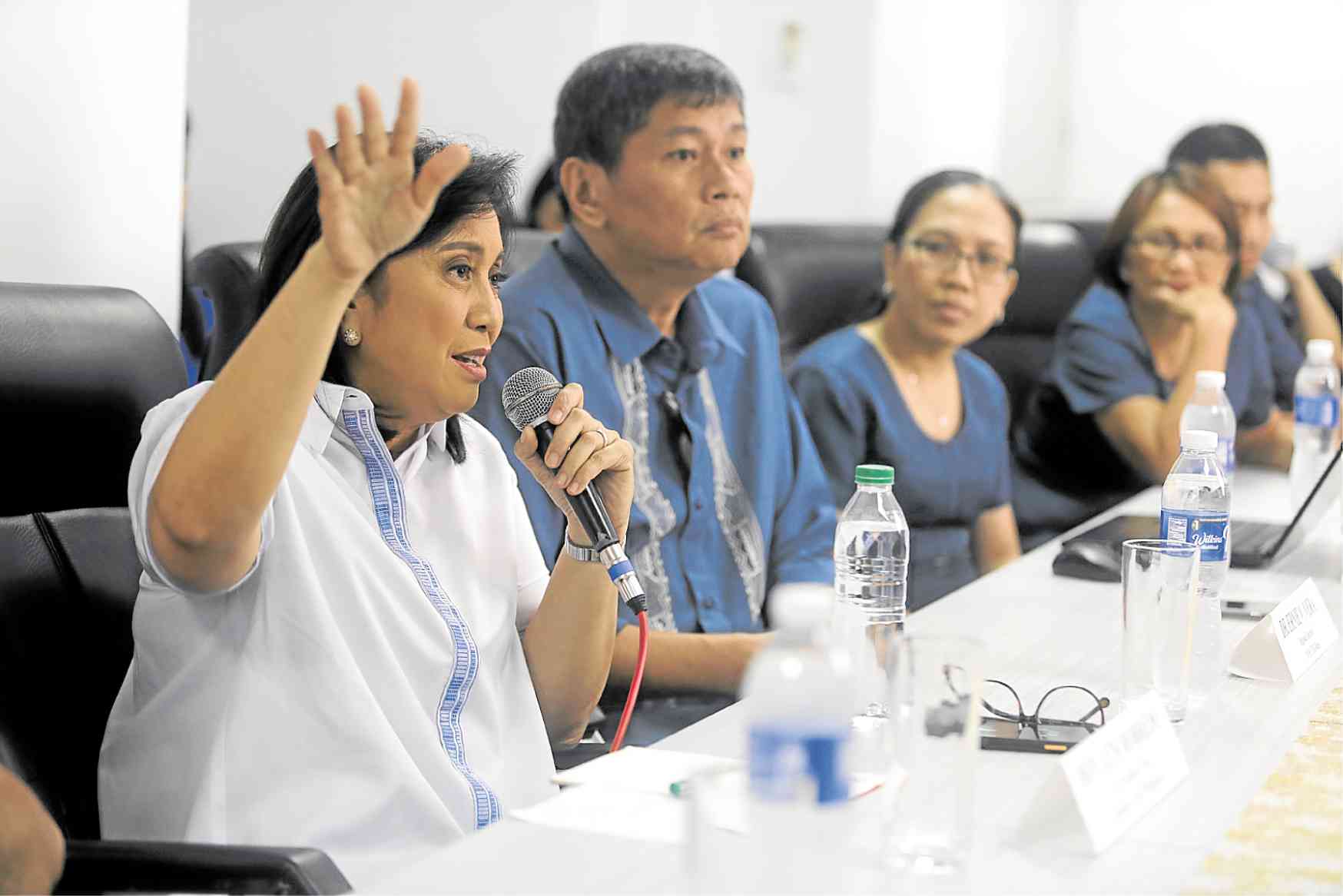 SAN FERNANDO, Camarines Sur, Philippines — “If they think this is over, they don’t know me,” Vice President Leni Robredo said on Monday, after President Rodrigo Duterte fired her from her lead role in his brutal war on drugs.

“I have just begun,” Robredo told reporters here. “If we had the same goal, why did they not just cooperate? Were they not really serious in fighting drugs or did I put some interests at risk?”

The President fired Robredo as cochair of the Inter-Agency Committee on Anti-Illegal Drugs on Sunday, 18 days after she accepted his offer of a lead role in the war on drugs—with a directive to all agencies to support her and a promise to give her “everything” she would need to press the crackdown on narcotics.

But when she requested access to the government’s list of high-value targets last week, the law-enforcement agencies on the committee balked, and Duterte declared that he did not trust her because she was with the political opposition.

Robredo asked why the President appointed her to the committee if he did not trust her.

“He should be direct with me. I’m a straight talker,” she said. “If he does not want me here anymore … and wants to take back the appointment, he should just say the word.”

“You don’t say that to your boss who is the President of the Philippines,” Panelo said.

Mr. Duterte himself had said he had not seen Robredo work, though Panelo said the President had not found the time to read two reports that had been submitted by the Vice President after her meetings with members of the interagency committee, US and UN officials and representatives of several organizations.

‘Report to the nation’

Robredo was to submit a third report to the President this week, her office said on Sunday before news broke that she had been fired.

That report could now be the “report to the nation” that the Vice President said on Monday she would make in a few days.

It would include all that she had found out about the campaign against illegal drugs, she said.

“I will disclose all that I have discovered and my recommendations,” Robredo said. “They may have taken away my position, but they can never take away my determination.”

Robredo swore to continue trying to stop the killings in the crackdown on drugs and bring the killers to justice.

‘What are you scared of?’

She said: “When I took on the challenge, I asked them, ‘Are you ready for me?’ Now I ask, what are you scared of?”

Addressing the President, she said: “I did not ask for this position. I did the job that you transferred to me seriously.”

What the nation wants, she said, is a government that is a true champion of the people against illegal drugs.

“The enemy is drugs and the drug lords, not me,” she said.

In Busan, where Duterte was attending the 2019 Asean-Republic of Korea Commemorative Summit, Panelo ratcheted up the attack on Robredo, belittling her plan to disclose to the public what she had learned about the counternarcotics campaign.

In a text message to reporters covering Duterte’s participation in the summit, Panelo scoffed at Robredo’s question about what the administration feared the nation might find out if she was given access to classified information.

“She can do anything she pleases,” Panelo said. “Anything that she claims she has discovered [is information provided] to her. She was precisely appointed, apart from giving her the opportunity to assist in the campaign against illegal drugs, to let her know that everything in the drug war is transparent.”

Panelo insisted that Robredo “was fired for incompetence, in addition to her failure to introduce new measures she claimed she had, as against what she claimed to be ineffective method in fighting the drug menace.”

He added: “She was weighed and found wanting.”

Robredo has been a relentless critic of President Duterte’s war on drugs, which the Philippine National Police acknowledges has killed more than 6,000 suspects but human rights groups say the death toll could be much higher.

In an interview with Reuters on Oct. 23, Robredo said the war on drugs “was not working,” angering Duterte.

Hitting back, Duterte offered Robredo the position of drug czar for six months, but later changed it to cochair of the interagency committee on narcotics.

Against the advice of her allies, Robredo accepted the offer on Nov. 6, causing consternation among allies of the administration who had expected her to reject the job.

When she asked for the list of the government’s high-value targets, her new coworkers stonewalled her, and President Duterte lashed out at her in a news conference, calling her “scatterbrain” and accusing her of “grandstanding” in the press.

On Sunday, after Robredo had made it clear that she would not be stopped, Mr. Duterte fired her.

‘Caught in his own trap’

In a statement emailed to the press on Monday, Sen. Leila de Lima, detained on drug charges that the Duterte administration brought after she began investigating the killings in the war on drugs in 2016, interpreted what happened.

“By firing [Vice President] Leni Robredo, he has admitted that he was caught in his own trap, defeated in his own challenge, and thoroughly exposed as a man without honor and whose word is as good as the next lie that comes out of his big mouth.”—WITH A REPORT FROM DJ YAP