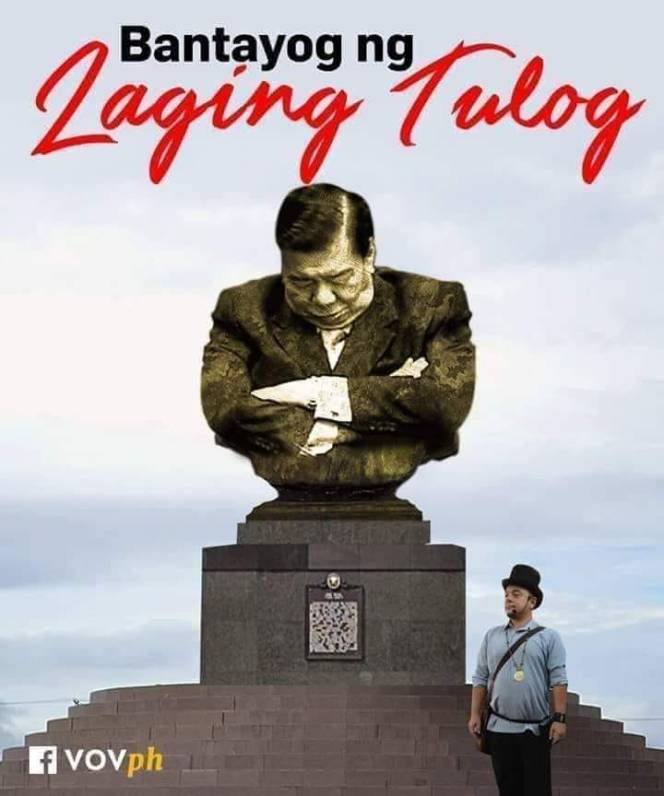 MANILA, Philippines — With only nine out of 75 flagships projects under construction halfway into the Duterte administration, its “Build, build, build’’ infrastructure program is a “dismal failure,” according to Senate Minority Leader Franklin Drilon.

The projects were supposed to usher in the golden age of infrastructure in the country and help spur development, but economic managers have since aired their plan to revise the list.

Drilon questioned the accomplishment rate of the program during plenary deliberations on the proposed 2020 budget on Tuesday.

In Malacañang, presidential spokesperson Salvador Panelo dismissed Drilon’s claim as “baseless,” saying the administration had done so much.

“Not just nine,’’ Panelo said at a press briefing as he proceeded to read a briefer containing updates on the BBB program, which involves 75 infrastructure flagship projects worth P2.4 trillion.

The Department of Public Works and Highways also reported the completion of 9,845 kilometers of roads, 2,709 bridges, 4,536 flood control projects, 82 evacuation centers and 71,803 classrooms.

Panelo took a swipe at Drilon, alleging that the previous Aquino administration did not accomplish even a single infrastructure project.

But Drilon doubted that the country could expect a significant amount of projects in the remaining years of the Duterte administration.

“We only have two years and a half left in this administration. I don’t think any substantial progress insofar as that program is concerned will be achieved. I repeat, the execution is simply dismal,” he said.

He also noted that the projects were supposed to be part of the economic relationship between the Philippines and China, with Beijing providing funds for some of these.

“Apparently, that aspect of relation between the two countries is a total failure,” he added.

Sen. Sonny Angara, chair of the finance committee and main sponsor of the budget bill, said the list was set to be revised, with some of the projects to be replaced by those that would be “less ambitious” and “more doable,” and could begin construction under the Duterte administration.

The new list would consist of some 100 projects, Angara said.

He also said this showed that it was not easy to implement projects and this challenge was not unique to the present administration.

The flagship projects included ambitious ones that would really be a challenge to get off the ground, he noted.

Right of way (ROW) problems have also added to delays.

Angara said that while some BBB projects have not commenced, infrastructure spending is almost 5 percent of GDP, which is what the World Bank recommends.

Six or seven years ago, infrastructure spending was just 1.5 percent of GDP, he noted.

Drilon said the fact that the list of 75 projects was being reviewed indicated that it was “haphazardly done.”

He said the number of projects could be increased, but this would mean nothing until funds were disbursed for their implementation.

“Otherwise, it does not help the economy, because the disbursement is the one that could provide job, build roads, not a feasibility study,” he said.

The BBB projects would only be able to contribute to the GDP if there were actual disbursements for these, he added.

Problems of underspending, bureaucracy, ill-advised projects and being unable to respond to needs must be threshed out, Drilon said.

He noted that the economic team was unable to immediately provide details of the projects during the interpellation.

“If simply on information, which they could not provide us, you can imagine the capacity to actually implement the project,” he said.