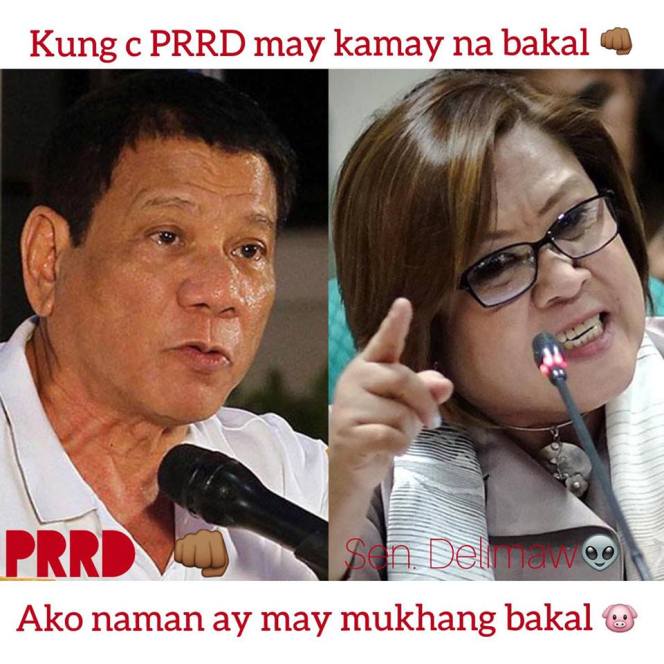 “Just a piece of unsolicited advice to her, from someone she referred to as a mediocre lawyer, she should be careful about her statements, she was already inciting to sedition earlier,” Aguirre said.

The Cabinet official issued the response after De Lima delivered scathing remarks against Duterte and his government, whom she accused of filing trumped up charges of drug trading as a consequence of criticizing the President’s anti-drug war.

In her speech, De Lima recalled how Filipinos banded together to end the dictatorial rule of former President Ferdinand Marcos, who was removed through the People Power Revolution nearly 31 years ago.

The senator then called on the public to stand up and speak out against Duterte, whom she described as a “sociopathic serial killer” and “dictator.”

Article 139 of the Revised Penal Code defines sedition as an act committed by persons “who rise publicly and tumultuously in order to attain by force, intimidation, or by other means outside of legal methods” such as preventing the national government from freely exercising its functions.

Any person found guilty of inciting to sedition may suffer a jail term of six months and one day to six years and pay a fine of P2,000.

During the Marcos regime, inciting to sedition was punishable with death before his successor, then-President Corazon Aquino, restored the original penalties in 1987.

Meanwhile, Aguirre said De Lima should just face the three drug cases — all in relation to her alleged participation in the New Bilibid Prison drug trade — in court.

“I just try to understand where Senator de Lima is coming from. She is under a lot of pressure lately. People in her situation can easily make accusations unfounded they may be. I try my best to understand her. All I can do now is to pray for her,” Aguirre said.

“As a former Secretary of Justice, Senator De Lima should know that the real battle is in the courts. She should do the fighting there, answer all the charges against her there and present credible evidence in her defense there and not in a press conference,” he added.

“My unsolicited advice to her is: face the charges with equanimity and dignity befitting a senator,” he said.