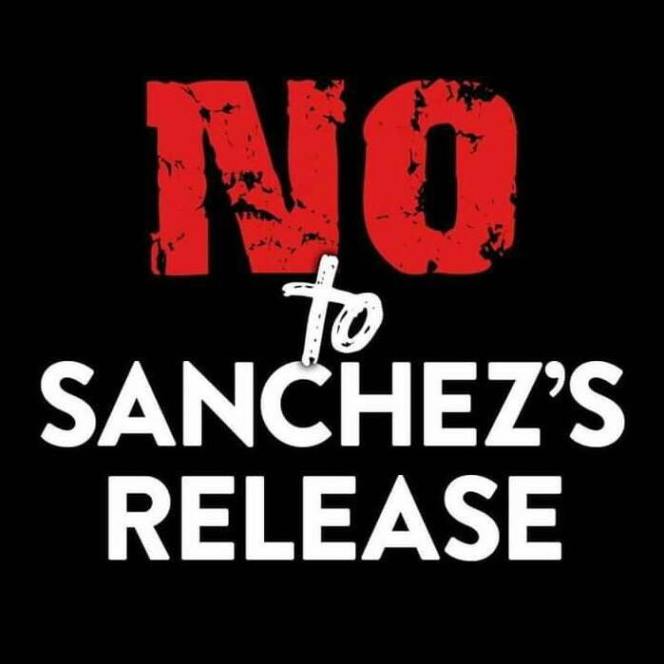 By: Leila B. Salaerria
Philippine Daily Inquirer
September 01, 2019
MANILA, Philippines — Bureau of Corrections (BuCor) chief Nicanor Faeldon came under fire from senators on Saturday ahead of next week’s congressional inquiries into the law that shortens prison terms based on good conduct after nearly 2,000 heinous crime convicts who were supposed to be excluded from coverage of the measure had been released.

“[President Rodrigo Duterte] must revamp the entire BuCor officialdom. Their travesty of justice is condemnable,” Sotto said in a Viber message to reporters.

Asked in a radio interview whether Faeldon should be included in the revamp, Sotto replied: “Yes, of course.”

“All of them, the officials there. Nobody can make a move there without the others knowing,” he added. “What? Are they saying their pens have been hacked?”

Lacson said he had a copy of Sanchez’ Aug. 20 release papers and it indicated Faeldon had signed it.

The Senate and the House of Representatives will open separate inquiries into Republic Act No. 10592, which expanded the good conduct time allowance for prisoners. The law, passed in 2013, excludes “recidivists, habitual delinquents, escapees and persons charged with heinous crimes.”

BuCor quietly released more than 22,000 prisoners from 2014 to early August this year. They included

Records showed that the number of heinous crime convicts released had increased yearly—from 62 in 2014 to 816 so far this year.

“It is the biggest irony that while the government has spent so much time, energy and resources to build up intelligence, gather evidence leading to the arrest of big-time drug traffickers, especially Chinese drug lords, then spend more to prosecute and convict those arrested and charged, here is Faeldon and whoever else was responsible, by the stroke of their pens would release at least 48 drug convicts out of the 1,914 heinous crime convicts under questionable circumstance,” Lacson said in a text message.

In a statement on Friday, Director General Aaron Aquino of the Philippine Drug Enforcement Agency (PDEA) expressed dismay over the release of Chinese drug lords.

“It is very questionable why they were released,” Aquino said. “The PDEA will not just concur [with] any decision rendered by any institution as it gives paramount importance to the efforts of the government in its fight against illegal drugs.”

The President must make a decisive move against Faeldon, Lacson said.

“If the President does not take drastic action on this latest caper of an official who was recycled in spite of questionable actions committed in his previous assignment like the P6.4-billion peso ‘shabu’ (crystal meth) smuggling that got away under mysterious circumstances, on top of the organized ‘tara’ on smuggled goods, we should start thinking if there is seriousness in this administration’s much touted war against drugs and corruption midway into his six-year term,” he said.

Mr. Duterte, who angrily opposed the early release of Sanchez, was unaware that nearly 2,000 heinous crime convicts had been freed, according to Sen. Bong Go, who spoke with reporters traveling with the President in China.

“It did not pass through the President,” the longtime Duterte aide said. “He will ask for an explanation [from those who ordered the releases].”

Faeldon and BuCor spokesperson Eusebio del Rosario Jr. did not respond to the Inquirer’s requests for comment.

The Inquirer learned that BuCor officials held a meeting on Saturday afternoon but it was unclear whether Faeldon attended.

Faeldon served for a little over a year as chief of the Bureau of Customs until August 2017 when he resigned after the shabu shipment cited by Lacson was found to have been smuggled from China through the Manila International Container Terminal.

The former Marine captain was later moved by Mr. Duterte to the Office of Civil Defense. Faeldon took over the BuCor in November 2018, succeeding former Philippine National Police chief  and now Sen. Ronald “Bato” dela Rosa, who held that post for about six months.

Gordon: He can’t evade it

Sen. Richard Gordon, who will lead the Senate inquiry which will open on Monday, was piqued that Faeldon would not attend and would just send the BuCor’s chief legal officer instead.

“This is a very high profile case. He cannot evade [it]. We had to create a special day for this investigation because we wanted this settled right away. Nobody’s going to get away with it,” he said in a phone interview.

The good conduct law was intended to free aging inmates and those who had genuinely exhibited good behavior in order to decongest the national penitentiary, Gordon said.

“How will you remove from the minds of the public that there was bribery when drug lords and those involved in heinous crimes were among the first to be freed?” he said in a radio interview on Saturday. —WITH REPORTS FROM MARLON RAMOS, JEROME ANING, MELVIN GASCON, DEXTER CABALZA AND INQUIRER RESEARCH