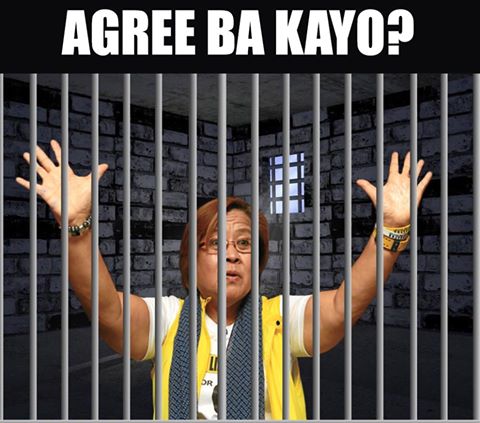 After all that has been said in two long days of congressional hearings, the proof of the pudding is really the money trail. The DOJ, it appears, achieved a breakthrough on this aspect.

Justice Secretary Vitaliano Aguirre announced the other day that his office received documents from the Anti-Money Laundering Council (AMLC) covering accounts of people close to Senator Leila de Lima. The documents were requested by the DOJ in connection with its probe on illegal drug trading within the National Penitentiary.

No real details were made public as of this writing. The Justice Secretary, however, allowed the information that the accounts hold between P500 million and P1 billion.

The challenge, obviously, is to link the money contained in the investigated accounts to the funds that were supposed to have been delivered by drug lords to de Lima when she headed the DOJ. That is work to be done.

The Justice Secretary, however, seems confident in the case he is building against his predecessor. He thinks Sen. de Lima could be charged for a no-bail offense. That is a shuddering prospect.

This will not, however, be the first time a sitting senator would be imprisoned. During the Aquino administration, the once-unthinkable thing happened: three sitting senators were thrown to jail. Two of them remain incarcerated pending the outcome of their trial.

If it happens that de Lima will be thrown in jail, she will be the fourth sitting senator to be so honored with state-sponsored hospitality. It is a prospect she does not relish, understandably.

But de Lima’s nemesis in this case is a seasoned litigation lawyer. He builds his cases diligently. He is adept at crafting a legal strategy that optimizes the witnesses and pieces of evidence he has on hand. He will not project the possibility of jailing the sitting senator if that was far-fetched.

The beleaguered senator has demonstrated her skills at redirecting public attention away from the charges against her to the activities of Rodrigo Duterte when he was mayor of Davao. She has tried to present herself as defender of human rights, making civil liberties and not narco-politics the issue of the day.

All this will be for naught, however, if the money trail entraps her like a noose.

Some interpreted the Executive Secretary’s office memo as a gag order. That is not accurate. The Cabinet secretaries were free to publicly discuss policies pertaining to their respective agencies. They were simply reminded to avoid speaking on behalf of the President – which has been the usual protocol.

Some blamed that semblance of chaos on PCO Secretary Martin Andanar, the most junior in a Cabinet filled with septuagenarians. That might be unfair to Andanar.

An experienced broadcast journalist before recruited to serve the Duterte presidency, Andanar pieced together the presidential information infrastructure. It was fragmented during the Aquino administration and distributed among rival Palace factions.

Andanar now performs as boss of a unified information infrastructure pretty much like the Press Secretary of yore. In fact, he should now be referred to as the Press Secretary in place of the fancy and long titles sported by so many people in the preceding administration.

The fragmented information infrastructure managed to protect then President Noynoy Aquino largely by keeping him away from the public eye. Nearly every presidential appearance during that time was tightly scripted, rehearsed and pre-taped. Every presidential speech was prepared long beforehand, making them dry, dull and uninspiring.

That sort of arrangement will not work for President Duterte, who is gregarious and loves speaking extemporaneously before all kinds of audiences. He is a man, as we now know, who would rather speak off the cuff than read from a teleprompter. And when he speaks, his words sometimes seem like firecrackers on New Year’s Eve.

Because he speaks live before real audiences, it is difficult for the President to dwell in the nuances. That would cause him to violate attention span of his live audience.

Besides, Duterte is a passionate and impatient man. He drives home the point with expletives. When carried away by a thought that grips him, his statements might seem like impulsive policymaking.

For instance, when Duterte said we would no longer participate in joint sea patrols, he was referring specifically to the intermittent show of maritime strength initiated by the US in the vicinity of the contested reefs. He was not including the joint sea patrols we have with Indonesia and Malaysia intended to enforce borders against smugglers and pirates.

It is now Andanar’s unenviable job to separate the chaff from the grain, the spin from the hard policy, not to mention the expletive from the principle. As the main man in presidential communications management, he must effectively and efficiently put presidential utterance in clear perspective.

This is a tough job that requires both understanding of how information flows and familiarity with the methods of statecraft. Andanar is quickly learning on the job.