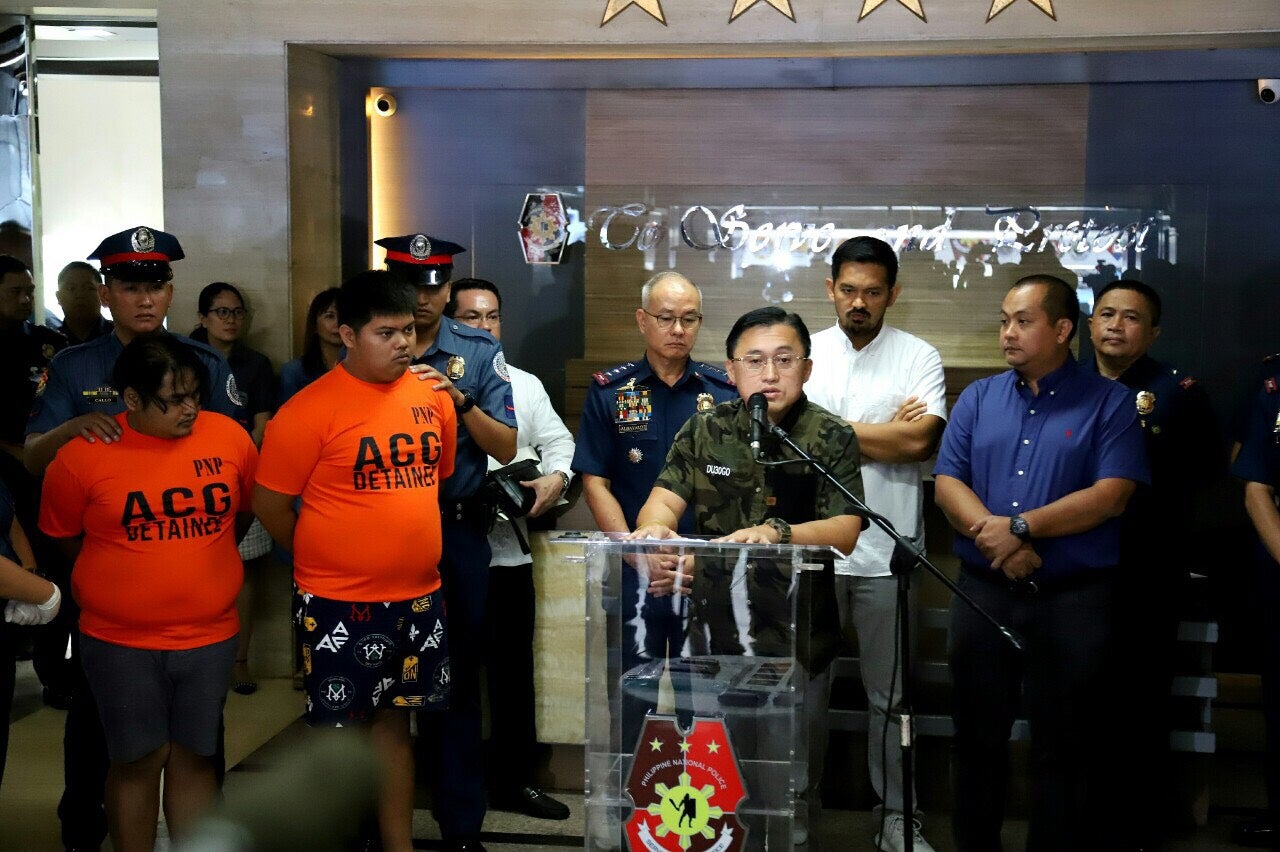 The arrest of an alleged con man has uncovered a bigger smear campaign in the May midterm elections that, Sen. Christopher “Bong” Go said, he was inclined to pursue because it made him strip twice in public.

Dennis Jose Borbon, 24, a former staff member of the party list group 1-Edukasyon, was arrested by police operatives on Wednesday in Malabon City while he was withdrawing from an automated teller machine the P15,000 he had allegedly extorted from Cavite Vice Gov. Ramon “Jolo” Revilla III.

Arrested with him in the entrapment operation conducted by the Philippine National Police Anti-Cybercrime Group (PNP-ACG) was Edgar Paulo James Bularan, 30.

Borbon, a blogger, claimed to own the Twitter account roguehrepstaff. The PNP-ACG said he had been posing as Camarines Sur Rep. Arnulfo Fuentebella on Viber and extorting from P10,000 to P25,000 from several House representatives, local officials and senators.

Go claimed that Borbon had been hired by the chief of staff of then Sen. Paolo Benigno “Bam” Aquino IV to launch an online smear job against all administration candidates including himself during the election campaign.

But Aquino denied this. Describing Borbon as an attention-seeker (“kulang sa pansin”), Aquino said: “It is clear that Borbon is changing the narrative to make us forget the crimes he had committed.  I had nothing to do with him. Let us not believe people like Borbon who’s a trickster and a scammer.”

Go said he deposited P1 to a bank account whose number was provided by Borbon to trace the latter’s identity before reporting the matter to the police.

“So many people were trying to gyp Malacañang then,” Go said at a press briefing held on Thursday in Camp Crame. “We shouldn’t be fooled by such scams.”

He called for an inquiry on the matter by the PNP-ACG and the National Bureau of Investigation and said he intended to file charges against those behind the supposed smear campaign. “They made me strip twice in the last elections just to prove that what they were accusing me of was black propaganda,” Go said.

He was referring to two occasions when he took off his shirt in public to disprove that he had a dragon tattoo on his back, as claimed in the “The Real Narcolist” video. The tattoo was supposed to prove membership in a drug syndicate.

Borbon had claimed that he was approached by Aquino’s chief of staff Ares Goyena.

Goyena, Borbon alleged, wanted him to slander the administration candidates and deposited P20,000 to P40,000 monthly in his bank account during the campaign period.

Borbon also claimed to have transacted with then Magdalo Rep. Gary Alejano and Peter Joemel Advincula, aka “Bikoy,” who was behind the “The Real Narcolist” videos.

Fuentebella and other victims of Borbon’s extortion activities will also file charges against the blogger for identity theft and estafa, Go added.