Senator Leila De Lima LOST IT in her latest press conference. She was visibly ANGRY, IRRITATED, FRUSTRATED and then went BALLISTIC. The former DOJ Secretary said “COME and GET ME”. This LEVELING UP in the sound of her voice, her angry tone and heightened emotional state can have SEVERE MEDICAL CONSEQUENCES like DEPRESSION, NERVOUS BREAKDOWN or SUICIDE. Since Senator De Lima has consistently said she would NOT RESIGN, then maybe she would be amenable to an INDEFINITE LEAVE OF ABSENCE. In this way, she would slowly go out of the limelight and thus NOT BE MISSED in case she is SUSPENDED by the Senate (based on a Senate Ethics Committee ruling regarding her alleged indecent behavior). On the other hand, De Lima stands to be JAILED for NON-BAILABLE DRUG-RELATED CHARGES.  The De Lima STRESS LEVEL is so high, her body can not keep up with it for long. Something will SNAP (hypertension, heart attack, stroke, mental breakdown, mood swings, outbreak of violence, depression and/or SUICIDE). 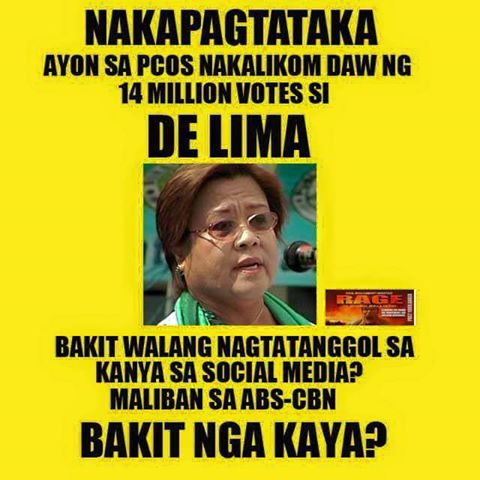