Philippine President Rodrigo Duterte is in hot water for insulting the outgoing President of the United States, Barack Obama. Digong, as the Chief Executive of a once United States colony, did not take it well when he was informed that Barrack would raise the issue of extra-judicial killings in the ASEAN Summit  in Laos that both would be attending. Duterte asserted that the Philippines is an independent country and that no foreign power, including the United States, could interfere with Philippine internal affairs. No other Philippine President has been that blunt and in-your-face with the only remaining world SUPERPOWER. To put the Philippines in the proper context, a greater majority of Filipinos LOVE the United States to the ultimate irony where FEWER Americans love their own country as much as the Filipinos do based on an international survey. In other words, the Philippines ranked first (percentage of population) while the United States ranked second in terms of LOVING the U.S. of A. For Duterte to get away with a SWIPE on the former colonial master is a huge political BLUNDER or a brilliant calculated move to endear himself more to the Filipino people because he is on PHENOMENAL HEIGHTS as far as popularity surveys are concerned. Now that he is in the INTERNATIONAL SCENE, can he expand his single country ROCK STAR STATUS and conquer the world? The likes of Russia, China and lately, Turkey, have running feuds with the United States so there is a possibility they will court the Philippines to JUMP SHIP and move over to the other side. How about Japan, South Korea, Singapore, Malaysia, Australia, New Zealand and Thailand? Will they SNOB the BRASH Duterte or crown him as the SPOKESPERSON of the Third World in an effort to fight for greater economic benefits and lesser political interference from the leading industrialized nations? 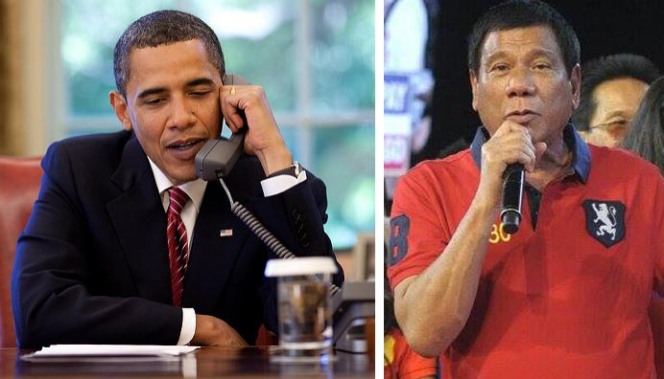